It’s True — My Journey Here Was A Rocky One. 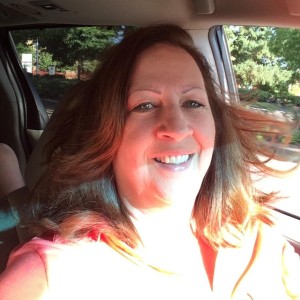 But today I genuinely LOVE the person I am.

I’m no longer living in fear — and I point blank REFUSE to allow life to pass me by.

I want that for you, too.

I want you to know that you’re not only lovable, but you are SERIOUSLY amazing — and you deserve to experience life to its fullest.

I’ve survived more than one human being should have to survive. But I genuinely believe that everything I’ve been through has led me to this place.

Today, I can share with you the lessons I learned against all odds. And THAT is an honor I hold in the highest regard.

After my 11-year-old brother was run over and killed by a car on my eighth birthday, my family seemed to fracture from the inside out.

My dad’s alcoholism regularly reached dangerous proportions — he battered and abused my mother and threatened to kill her several times.

As the baby of the family, I felt like I was the only one willing to talk about the gigantic elephant in the room.

I began to feel like I was too loud or too much — everyone always wanted me to pipe down and keep my thoughts to myself.

In junior high, I tried to distract myself from the madness back home — first with boys and then with drugs.

When I was 15, I met Henry in McDonalds. I didn’t know it at the time, but he was bad news all ‘round (a pimp, in fact). Feeling as though someone finally understood me, I moved to be closer to him — and it was only then that I discovered just how abusive and controlling he could be.

To cut a long (and ugly) story short, during that time I was made to do things no woman should ever be made to do.

Eventually I escaped, had Henry arrested, and returned to live with my folks.

But I couldn’t seem to catch a break. At 17, I became pregnant by an old boyfriend. I gave birth at 18 and my relationship with the father ended soon after.

By age four, my daughter started exhibiting behavior that no one knew how to deal with. She’d cut up her Barbie dolls, fall into rages and was kicked out of every daycare she ever attended.

As she grew older, things didn’t improve. She was physically and verbally abusive towards me — and teachers and friends had grown afraid of her. She’d get into trouble at school, kick in doors at home, and steal my car.

Ultimately, I moved back to Portland to try and find the support we needed as a family. I wound up placing her in treatment, but afterwards she fell into taking heroin, gambling away money that wasn’t hers, and selling her body.

I sent her to clinic after clinic — we went back and forth time and time again. I tried everything and ANYTHING to help her, but nothing worked.

After she gave birth to a little boy, things only got worse.

After he came home, my daughter and her boyfriend continued to be violent towards one another, and she towards me. I could hardly bear it when I had to leave her son alone with her.

The day I turned 50 was one of the worst days of abuse I had ever endured, but I hung on in there because of J. I couldn’t and wouldn’t leave him.

I was sure I was going to die at the hands of my daughter and convinced all of this was somehow my fault.

One night at 4:30 am, I knew it was time. I waited two days before smuggling us into a safe house, securing restraining orders against my daughter and eventually winning permanent custody of her son.

And in saving J, I saved myself.

In the midst of all this, back in 1995, my sister and I started a woman’s natural health clinic.

I also kept myself busy—securing a bachelor’s degree in Psychology, three certifications in NLP, two in Family Systemic Constellations, and worked on a master’s degree in Human Systems Theory.

Since then, I’ve been coached and mentored by my friend, Rhonda Britten, and certified by her Fearless Living Institute as a Level III Coach. I’ve also trained in the methods of Dr. Phil and have been one of their senior life strategists working with guests who appear on the show for the past ten years.

In short, I’ve been busy putting the pieces of my life back together.

My entire life has led up to this point.

I want everything I’ve ever gone through and ever felt — overwhelm, fear, shame, guilt, judgment — to be worth something.

I want you to know that — whether you feel worthless or broken, too emotional or too fat, whatever it is — YOU have the answers. They’re right there, inside of you.

YOU hold the key.

You can Stop The War Within™ and change yourself from the inside out—choice by choice, step by step.

Let’s go on that journey together. 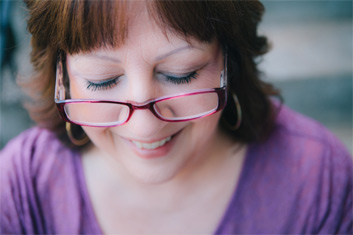